Authorities extradited ex-Bosnian Serb leader Radovan Karadzic to the Netherlands to face genocide charges before the U.N. war crimes tribunal on Wednesday, hours after a violence-tinged protest by thousands of his supporters in downtown Belgrade.

U.N. spokesman Liam McDowall confirmed Karadzic was transferred to the U.N. detention center in Scheveningen,  near The Hague, where he will stand trial.

Less than an hour later, a helicopter landed behind the high wall of the detention center while another helicopter hovered overhead. Two black minivans drove through the prison gates moments earlier.

The Serbian government said in a statement issued early Wednesday that its justice ministry had issued a decree that allowed his handover to the U.N. court, despite a violence-tinged protest hours before by thousands of his supporters.

Karadzic is accused by the tribunal of masterminding the 1995 slaughter of 8,000 Muslim men and boys in the Bosnian city of Srebrenica, Europe’s worst massacre since World War II. He is also charged with spearheading the three-year siege of Sarajevo that left 10,000 people dead.

Karadzic spent nearly 13 years on the run before being arrested last week in Belgrade, where he lived under the assumed identity of a health guru — sporting a long white beard and hair, and large glasses.

He is expected to be summoned before a judge within a day or two and will be asked to plea to each of the 11 charges he faces, including genocide and conspiracy to commit genocide. He may postpone his plea for up to 30 days.

Karadzic’s lawyer, Svetozar Vujacic, said his client will not enter a plea but will instead ask for the full 30-day period.

Vujacic also acknowledged Wednesday that he has never filed an appeal against Karadzic’s extradition. Vujacic had claimed he sent the appeal by registered mail from Bosnia before a midnight Friday deadline.

Despite the war crimes allegations, Karadjic is still revered by many as a wartime hero for helping to create the Bosnian Serb mini-state.

Hours earlier, a demonstration against Karadzic’s extradition turned violent on its fringes as stone-throwing extremists clashed with police, who responded with tear gas and rubber bullets.

While most of the 15,000 demonstrators sang nationalist songs and waved posters of their “Serb Hero,” a few hundred hard-liners broke away from the gathering and threw rocks and burning flares at police in downtown Belgrade.

Later, police fired tear gas at large groups of protesters while pushing them from the square after the rally. Police blocked off several neighborhoods, stopping traffic and the passage of the demonstrators.

Belgrade’s emergency clinic reported 46 people injured, including 25 policemen and 21 civilians. Most were lightly injured, doctors said, adding that only one civilian and one policeman were hospitalized.

Riot police had taken up positions across the capital and heavily armed anti-terrorist troops guarded the U.S. Embassy as busloads of ultranationalists arrived from all over Serbia and Bosnia for the anti-government rally dubbed “Freedom for Serbia.”

Many protesters carried banners and wore badges with Karadzic’s name and picture. Some chanted slogans against President Boris Tadic and called for his death.

“Thank you for showing that Serbia is not dead, although it is being killed by Boris Tadic,” said Aleksandar Vucic, leader of the Serbian Radical Party, which organized the rally. “Thieves and bandits are ruling Serbia.”

“We will fight for Serbia and Serbia will be free,” he added, setting off thunderous applause and chants of “Uprising! Uprising!”

Still, police estimated the turnout at only 15,000 people — far fewer than expected. The last major nationalist rally, in February after Kosovo’s declaration of independence, drew 150,000 people and led to an attack on the U.S. Embassy amid a violent looting spree.

Tuesday’s protest was seen a test for Tadic’s government, which is much more pro-Western than its predecessor. The president warned the right-wing extremists to remain peaceful.

“Everyone has the right to demonstrate, but they should know that law and order will be respected,” Tadic said.

The U.S. Embassy had predicted that up to 100,000 protesters could show up and advised Americans to avoid downtown Belgrade. The embassy was heavily guarded during the rally by special troops armed with machine guns wearing masks.

After February’s mass rally, the U.S. Embassy was partly burned and protesters went on a looting spree, smashing shops and McDonald’s restaurants. McDonald’s was targeted again Tuesday night, and three people were arrested for smashing windows at one of its hamburger shops, police said.

Serbia’s new, pro-Western government hopes Karadzic’s arrest will strengthen the country’s bid for membership in the European Union. Serbia had been accused of not searching for war crimes fugitives sought by the U.N. tribunal. 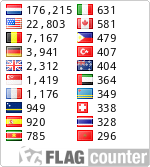